It’s been a loooong pause here on FMT. I deeply apologize and promise to write about all that happened during that time in an upcoming post.

I have missed writing and reading the reactions to our articles and it feels so good to be back. We have resumed and we are stronger and better.

December 11th 2017 started like any other day: I woke up, dragged myself to the bathroom and began to scrub all my curves and edges (shout out to John Legend 😎 ) after which I headed out to work.

I recently fell in love with Twitter and I scroll through my timeline during break hours on most days . On this fateful day, a particular letter was making waves as people kept on tweeting about it, as an avid reader I immediately sought this letter and I assure you that it was worth the hype it received and even more.

One of Africa’s widely renowned and astute entrepreneurs: Mr. Tony Elumelu had written a letter titled ” From Tony Elumelu: Letter to the Next Generation“. I was gripped by his words, the letter spoke to me on so many levels each time I read it and I immediately knew that this was the juice I needed to revamp my writing hiatus.

I mentally began to coin a reply in my head and drafted the first version that night, within two (2) days, the reply was ready. I was gassed about it because I hadn’t been able to bring myself to write for the past one (1) year and this was my ‘rebirth’.

The following day at work, it hit me that the best thing to do with the letter was to have Mr. Elumelu read it. I began to think:

Q: Should a hard copy be printed and given to him?

A: He is a busy man who travels alot and you may not be able to access him without an appointment

Q: Should I have a copy with me at all times and hope that we somehow cross paths?

Q: How about you tweet a link to the letter at him?

A: You might be unto something, let’s try it.

Without delay, I tweeted the link at him and hoped for the best. The next day at night, I checked my messages on Twitter and saw a message which was sent in the afternoon from a lady who introduced herself as Mr. Elumelu’s colleague, she went further to say that he had seen the letter and wanted to have a brief conversation on its content. I was extremely happy that the letter got to him but extremely sad that I missed an opportunity to meet Mr. Elumelu.

Not one to be fazed by challenges I immediately reached out to her and asked for the possibilities of another meeting, while making no promises she assured me that she’ll do her best to make it happen. The days went by with me praying daily for another meeting and a message finally came on January 5th 2018 requesting for a meet up on January 9th. I was elated.

The D-Day came and I met with the man, the visionary, the trailblazer and entrepreneur. It was a brief but inspiring meet up and he assured me that we’ll definitely meet again sometime soon and that’s the next challenge/goal which I must achieve by God’s Grace.

Once again, this is his letter and this is the reply.

3 thoughts on “A Tale of Two Letters”

I am Olowokere Oluwaseun Isaac, first time writer with experimental skills, aspiring entrepreneur and politician. I am an Economist by academic training with a passion for development of the African Continent with a particular interest in Leadership and Infrastructural Development.

I write on any and everything that crosses my mind but I thrive on issues which really bother me. I believe that writing is the greatest way to express feelings. "There is no greater agony than bearing an untold story inside you." - Maya Angelou.

No, I'm not on Snapchat.

Does this make me a social recluse? I still don't know the answer. 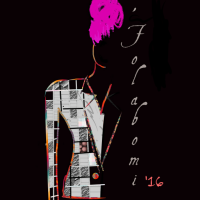 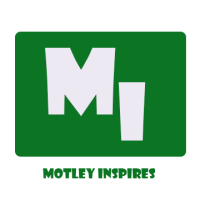 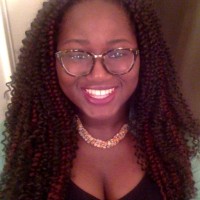 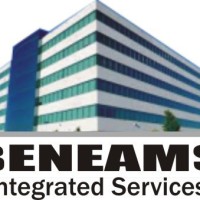 A Penny For My Thought

For A Penny Goes A Long Way...

NO MATTER HOW DIRTY YOUR PAST IS, YOUR FUTURE IS STILL SPOTLESS!!!!

your growth, our goal